60's music was fantastic. There were so many hits and groups, I could barely keep track of them. My very first memorable 60's music memories would probably have to begin with "Tom Dooley"by the Kingston Trio This 45 that got played and played until there was nothing left but dust. I remember that we had a 45 called "Ben Crazy" by Dickie Goodman. That one, along with "The Monster Mash" by Bobby "Boris" Pickett were among my favorites. For some reason, I was really attracted to "Ben Crazy", and played it all the time. During this time, LPs slowly began to surface in our household. We could never afford the famous artists, so my Mom always bought us "copycat" groups, or collections by artists that were less expensive.

Such an adventure in the world of long players would delight me with such tunes on one album as:"South Street", "The Bristol Stomp" and "The Twist". I pretty much wore that record out. I also recallThe Newbeats' hit "Bread and Butter". I always thought that it was a woman singing all the weird solos, and was thrilled to death when I learned that it was a man. This same thing would also occur with The Four Seasons.

I could expound forever on The Beatles. especially "Please, Please Me".and the entire catalog of Beatles magnitudes that exploded during 1963 and 1964. The stronghold that they and their music had over me was incredible.

The message they were sending wasn't to be "bad", but to be "yourself" and do it with everything you've got. They were a tremendous release for me. Finally, there was someone in the world who knew how important it was to be individual. I can remember crying and bouncing on the couch just like the girls on TV when they hit the Ed Sullivan Show in February of 1964. That moment is unforgettable. They had long, most bizarre looking hairstyles that were really cool!! It was combed forward, bangs straight down, sideburns, flips in the back! It was rebellion and explosive screaming energy. Now, couple those two things with incredible songs and performances.

Perhaps it was the oneness, the feeling that they were communicating only with me that made them so special. And yet, everyone in our neighborhood and the surrounding blocks, felt the same thing. I remember one hot summer evening on a blanket in our yard eating Cherry Dilly Bars from Dairy Queen. The song "You Can't Do That". came on the radio, and that strange George guitar riff was magnetic. Even to this day I can't hear that song without transporting myself back to that time, and that particular summer blanket. Another song that brings back an incredibly strong memory for me is "Wishin' and Hopin'" by Dusty Springfield.

So much goodness was screaming out of radio waves. A musical revolution was going on. It was like the central nervous system jolting me into a sudden awareness. A new army had merged onto the American front.

From across two separate shores, this army invaded; The Kinks, Freddy and The Dreamers, Herman's Hermits, The Rolling Stones, Roy Orbison, The Ventures, The Beach Boys, Jan and Dean, and two of my personal favorite groups: The Dave Clark Five and Gary Lewis and the Playboys were a part of this new musical militia.

There were songs that I can recall that are also very strong memory triggers for me in 1964. "land of a 1000 dances is one of them. My brother Mike really wanted that 45, and I guess being influenced by my older brother, I too thought it was a cool song. "Red Roses for a Blue Lady" by Wayne Newton was a favorite of my Mom and I remember buying it for her. In keeping with my Mom's favorites, she joined the Columbia House record club and received a bunch of free albums to get her started with. She got some pretty good stuff like Tony Bennett "I Left My Heart in San Francisco" with great tunes like "Love for Sale" and "Once Upon a Time" that accompanied the title track. Alan Sherman's "My Son the Folk Singer" was a comedy classic and I think we just about wore that album out in our house. She also received some Percy Faith and a few more that I just can't remember right now.

What I liked most about those early and mid-sixties groups was the fact that the music was so much fun and had energy. The surf scene was hot, and so were the surf bands. The music had a style that was easily recognizable. It wasn't that it was just instrumental guitar work. It was the guitar style. Enough tremolo and reverb, combined with picking the strings up close to the bridge provided a unique sound and style. The same follows suit with the surf drummers who played their cymbals as instruments that kept rhythm rather than crashing crescendos on certain notes. Surf was raw, and tough; it had a statement, and the music was a thrill.The Ventures big hit "Walk Don't Run" was one of my favorites. Duane Eddy's "Rebel Rouser" was also hot, as was "Out of Limits" by The Marketts. The latter two, were my first guitar attempts as I struggled to learn chords and riffs as a youngster. Remember "sidewalk surfing"? I got my first skateboard in 1964, a red "Roller Derby".

Though as fascinated as I was with electric guitars, the emergence of girl groups was absolutely wonderful. They provided some of the best, and most memorable songs I can think of. Girl groups were a force; when they splashed onto the scene in the 60's, I really believe that they dominated a good portion of the industry. I'm talking about all music, not just rock n' roll. It was country, rhythm and blues, pop, and even folk that brought forth either female complete groups, or with female lead singers.

I went through hormonal Armageddon with Mary Weiss of the Shangri-Las. In school, most of the girls imitated her hair style and often formed their own "girl groups" on the school grounds at recess.

Florence Ballard of the Supremes became my biggest female singer crush that endured clear up into the 70's. I would buy Supremes 45's just to have a picture of her. I then developed a crush on Mary Wilson also of the Supremes. Diana Ross I could've left waiting for a cab, but Flo and Mary, they were lovely.

When The Shirelles released "One Fine Day" and "Will You Still Love Me Tomorrow", I thought that they were some of the greatest, most-polished songs I'd ever heard from anyone, boy, or girl. It was then that I truly began to look forward to girl groups on the radio simply for the "sing-along" effect they had on me. Martha and the Vandellas, Diane Renay, Dusty Springfield, The Chiffons, and so many more truly inspired me when I was young. In particular, J.S. Bach's Minuet in G underwent cosmetic surgery with The Toys' cheerful brightening of "Lover's Concerto." (They must have known that Bach composed this piece for his wife.)

Although perhaps a thousand artists haven't yet been mentioned, my memories of 1965 are very strong thanks to the influences of newer bands from right here in the states. The Turtles and The Byrds were catching my attention. The song "Mr. Tambourine Man" with its electric 12-string was, in my opinion, one of the hottest songs to ever come out. I still love it to death. "California Girls" by 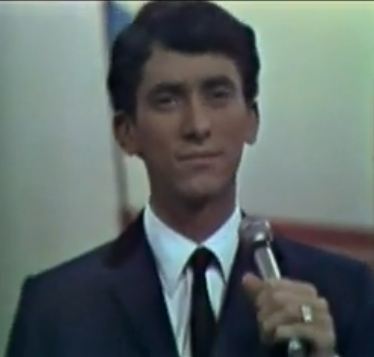 The Beach Boys became my national anthem. Music was our heartbeat back in those glorious days. Everything we did, felt, ate, drank, or dreamed about had a music soundtrack somewhere in the background. Radios were ablaze and sounded through open summer windows and cruising muscle cars.

I can remember playing with the neighbor kid's G.I. Joe Deep Sea Diver, and hearing the rhythms of "California Girls" and "Mr. Tambourine Man". Herman's Hermits' "Henry the VIII" is also one of those memory triggers. 1965 was a beautiful year. Even with all the domestic talent that was truly giving England a serious run for her money, The Beatles just got better and better. No matter who did it, they topped it. "Help!" was a landmark effort considering that it was basically a soundtrack album with a minimal amount of original songs.

1966 was a year that I remember as witnessing odd, trend-setting changes in the world of music. First of all, The Beatleswere having a really hard time with their popularity in the States. Lennon's "we are more popular than Jesus Christ" remark to the Evening Standard on March 4th, 1966 was a particularly reckless statement. America launched a massive burn your Beatle albums campaign that seriously tarnished their name and reputation. This wasn't all. The Beatles' overall appearance had turned me off like nothing before. They now had mustaches, and Lennon wore glasses. Other bands were bursting onto the scene in similar dress. Hippiedom, psychedelia, and the Summer of Love were just around the corner.

1966 was the year where costumed bands were starting to emerge. Acts like Paul Revere and the Raiders and Sam the Sham and the Pharaohs were completely cool.

I do remember "Wooly Bully" was a life-changing song for me. "I'm a Believer" penned by Neil Diamond and performed by The Monkees was probably one of the few songs in history that had me glued to the radio in waiting. Nancy Sinatra came onto the scene bringing new life to go-go boots, explaining to us all that they were basically "made for walking".

What a dream it all seemed like. The world of youth was a cult that I happily belonged to. I was in tune, I was in the Summer of Love. It was a gigantic wave that you either went with, or got swept aside. I chose to go with it. Though the transition was not so easy at first. I felt like a stranger, a newcomer to the new world. The age of Aquarius hadn't quite extended both arms to me yet.

At first, the Summer of Love seemed to be going on without me even being remotely aware of it. But soon after, I became engaged and entwined in a world more beautiful and mysterious than anything I'd ever known. The music was getting interesting, and though it would never again have that fresh summer innocence, the end of the sixties had promised newer, more innovative things in the world of music.